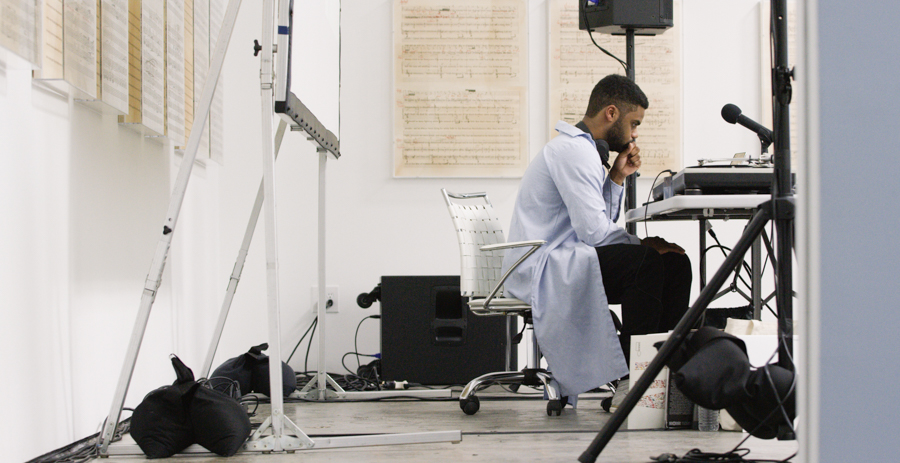 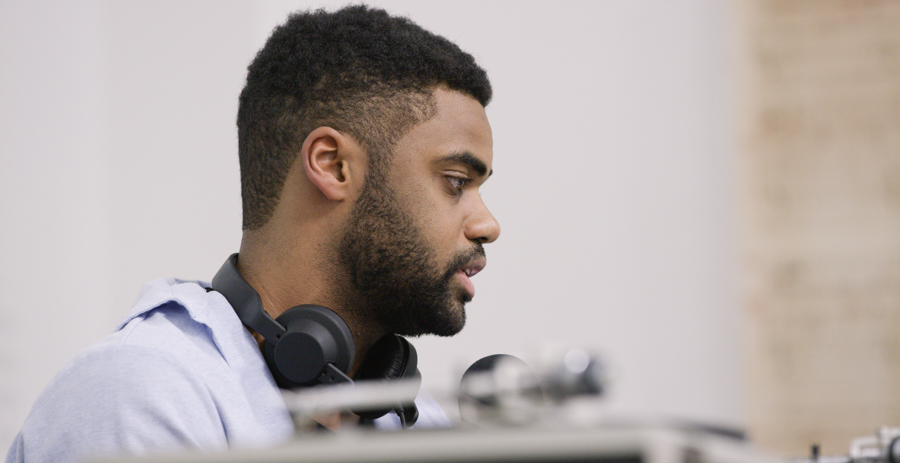 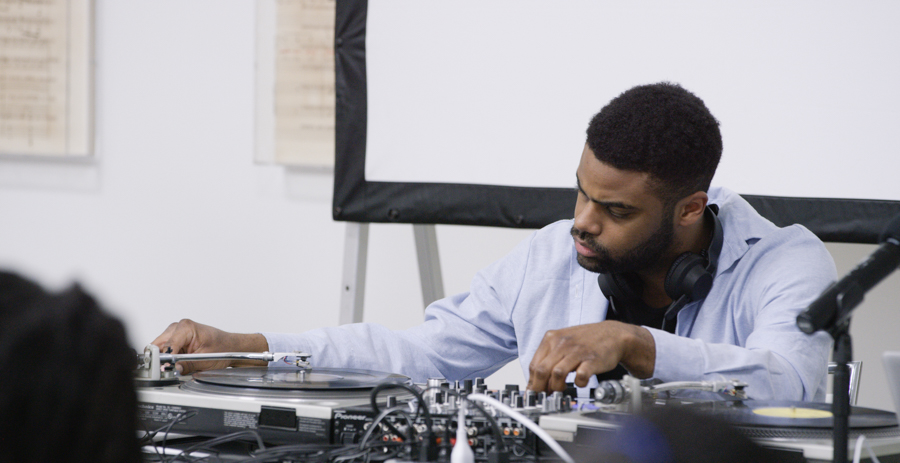 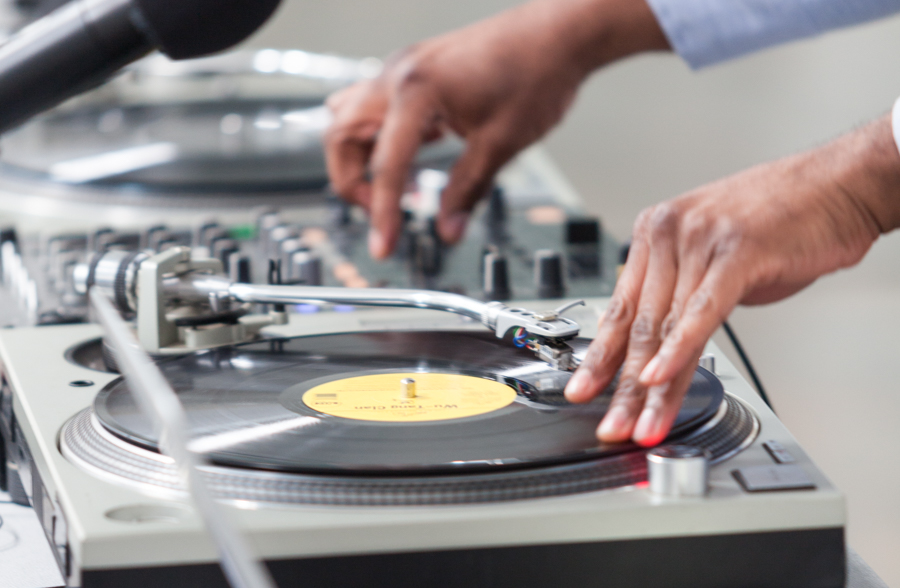 New York-based artist Kevin Beasley (b. 1985) transforms personal and familial artifacts into sculpture and sound performances, influenced by house music, hip hop sampling, and the post-industrial decay of once prosperous urban centers, such as Detroit, where Beasley lived for a number of years. Beasley is a recent alum of the Studio Museum in Harlem’s residency, and participated in the 2014 Whitney Biennial. He has performed and exhibited at the Museum of Modern Art, New York; Walker Art Center, Minneapolis; the Queens Museum, New York; the Studio Museum in Harlem, New York; the Museum of Contemporary Art, Cleveland; and the Institute of Contemporary Art, Boston, among others.

Kevin Beasley (b. 1985) lives and works in New York. He participated in The Studio Museum in Harlem’s residency program in 2013–14, and recently organized a series of programs as a member of ALLGOLD at MoMA PS1, New York. Recent group exhibitions include Cut to Swipe, the Museum of Modern Art (2014); the 2014 Whitney Biennial; When the Stars Begin to Fall: Imagination and the American South, The Studio Museum in Harlem (2013, traveled to Institute of Contemporary Art, Boston and NSU Museum of Art, Fort Lauderdale); Queens International, Queens Museum (2013); and Realization is Better than Anticipation, Museum of Contemporary Art, Cleveland (2013). He has performed at the Museum of Modern Art, New York; the Whitney Museum of American Art; the Walker Art Center, Minneapolis; and the New Forms Festival, Vancouver, Canada. In 2016, he will be the subject of a Hammer Project at the Hammer Museum, Los Angeles. His work has been written about in Art in America, Artforum, Mousse, Fader, and the New York Times. Beasley holds an MFA from Yale University and a BFA from the College of Creative Studies, Detroit.